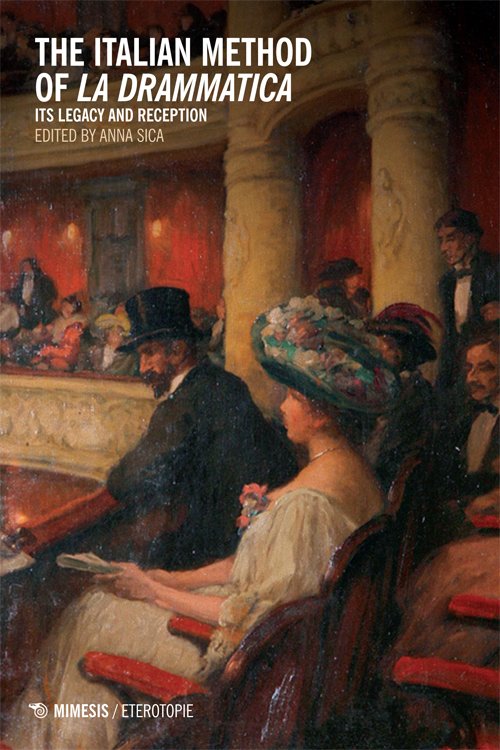 The italian method of la drammatica

Its legacy and receptions

The italian method of la drammatica

Its legacy and receptions

The volume The Italian Method of la drammatica: its Legacy and Reception includes the long and complex investigation to identify the Italian acting-code system of the drammatica used by nineteenth-century Italian actors such as Adelaide Ristori, Giovanni Grasso, Tommaso Salvini, Eleonora Duse. In particular, their acting inspired Stanislavsky who reformed twentieth-century stage. The declamatory code of the drammatica was composed by symbols for notation of voice and gesture which Italian actors marked in their prompt-books. The discovery of the drammatica’s code sheds new light on nineteenth-century acting. Having deciphered the phonetic symbols of the code, Anna Sica has given birth an investigation with a group of outstanding scholars in an attempt to explore the drammatica’s legacy, and its reception in Europe as well as in Asia. At this stage new evidence has emerged proving that, for instance, the symbol used by the drammatica actors to sign the colorito vocale was known to English actors in the second half of the nineteenth century. By noting how Adelaide Ristori passed on her art to Irving’s actress Genevieve Ward, and how Stanislavsky, almost aflame, moulded his system from Duse’s acting, an unexplored variety in the reception of the drammatica’s legacy is revealed.