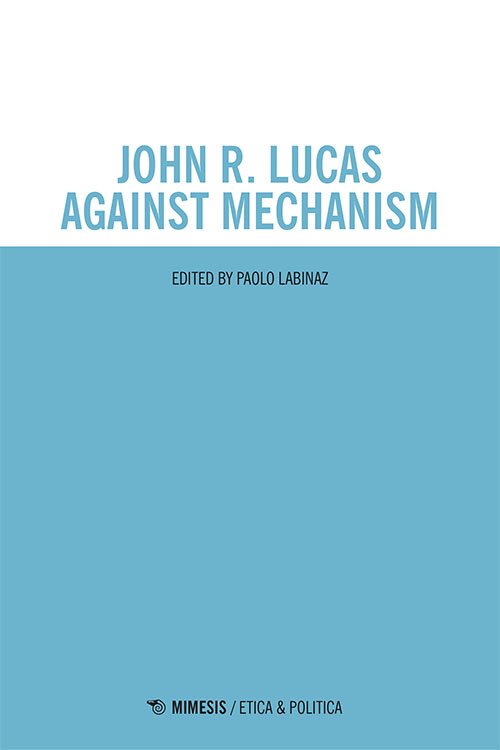 Can the human mind be properly described in mechanical terms? It is in order to demonstrate that it cannot be that in 1959 John R. Lucas presented an anti-mechanist argument by appealing to Gödel’s first incompleteness theorem. He attempted to show that any computational device cannot be an adequate model of the human mind, since, if there is a model of the human mind that is a machine, then there is at least a sentence that the machine cannot prove, while the human mind can. Lucas could not have foreseen the many disputes that this argument would have produced since then and the significant impact that it would have on the studies on the mechanical simulation of the human mind. As a tribute to the ingenuity of Lucas, this volume collects the most relevant papers that have contributed to the lively and stimulating debate arising from his argument.

Paolo Labinaz is research fellow in the Department of Humanities at the University of Trieste, Italy. His primary research interests are in the fields of the philosophy of language, pragmatics, argumentation theory and the philosophy of cognitive science, with a special focus on the relationship between reasoning and argumentation and on theories of rationality in philosophy and cognitive psychology. He has published the volume La razionalità (“Rationality”) and various papers in philosophical journals and collections.