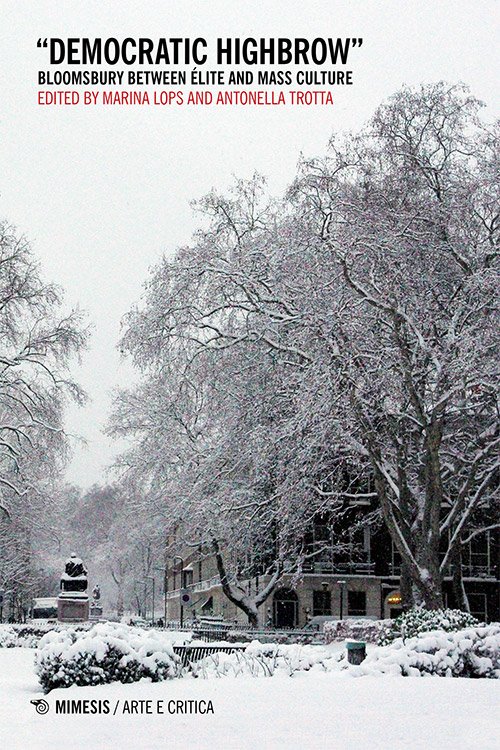 Bloomsbury between E?lite and Mass Culture

Bloomsbury between E?lite and Mass Culture

With its fluid boundaries, the Bloomsbury Group was first and foremost a circle of friends who shared a similar social background and progressive political views. Named after the small neighbourhood in London where some of its members settled as young adults, the Group included some of the leading artists and writers of the interwar period – from Virginia Woolf to E. M. Forster, from Vanessa to Clive Bell, from Roger Fry to Lytton Strachey, among others – as well as John Maynard Keynes, one of the most influential economists of the twentieth century. Variously considered an elitist coterie and a democratic avant-garde, the Group not only left behind an intellectual legacy as impressive as it was diverse, but also introduced a new way of living and working that helped to mark a definitive break with Victorian tradition and paved the way to modernity in British culture. Privileging a multidisciplinary perspective encompassing literature and cultural history, history of art and economics, this volume explores the protean and multifarious identity of Bloomsbury, celebrated by some as an intellectual authority and denigrated by others as an eccentric circle that “lived in squares and loved in triangles”.

Marina Lops (M.A. in English Literature, University of Warwick) is Lecturer in English Literature at the University of Salerno. Her areas of research include late Victorian and modernist fiction, autobiographical writing and gender studies. She has edited and translated the collection of essays by Dora Marsden The Freewoman/La donna libera (2003) and Arthur Symons’s travelogue London: A Book of Aspects/Londra: un libro di immagini (2007). She is coeditor of the volumes Time and The Short Story (with M. T. Chialant, 2012) and Gender/Genre (with E. Rao, 2014).

Antonella Trotta (Ph.D. in Art Theory and Criticism, University of Salerno) is Lecturer in Museology, History of Art Criticism and Conservation at the University of Salerno. She is the author of books and academic papers on connoisseurship, collecting and museums in the 19th and 20th centuries. More recently her interests have focused on the political and cultural power of art history as a system of values underlying collective identities. She is the author of the Italian edition (2012) of Clive Bell’s Enjoying Pictures.