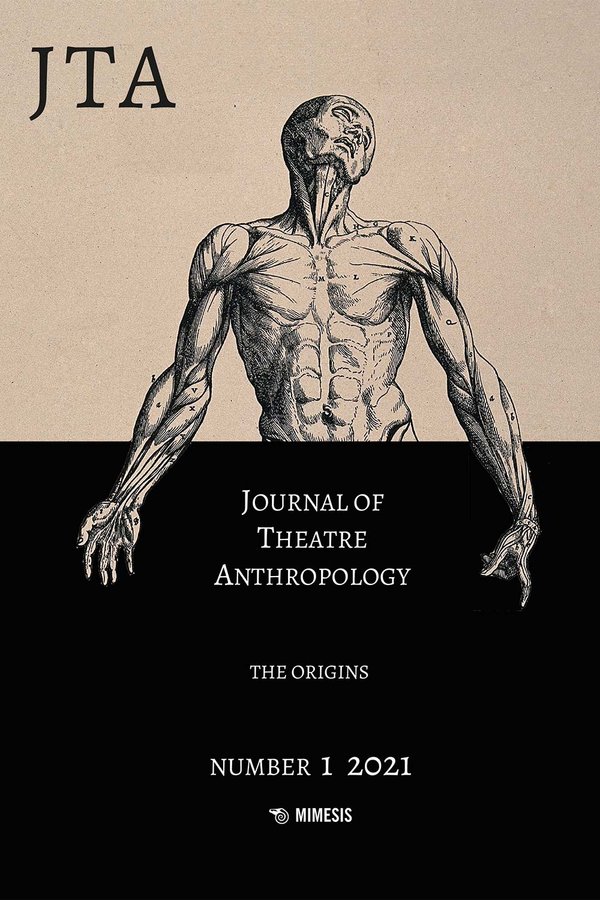 Journal of Theatre Anthropology 1, 2021, The Origins

Journal of Theatre Anthropology 1, 2021, The Origins

The first issue of Journal of Theatre Anthropology, "The Origins" (256 pages with illustrations), features articles and studies translated into English or written in their original languages (Spanish and French), with a foreword by Eugenio Barba and an editorial by Julia Varley. Organised into five sections, Origins, Comments, Reflections and Discussions, Recurring Principles and News, the contributions range from early research on theatre anthropology to the reflections of scientists and theatre historians such as Jean-Marie Pradier, Peter Elsass, Nando Taviani, Franco Ruffini, Nicola Savarese, Patrice Pavis, Moriaki Watanabe, to testimonies of performers such as Julia Varley, Ana Correa, I Made Pasek Tempo, Sanjukta Panigrahi and others.